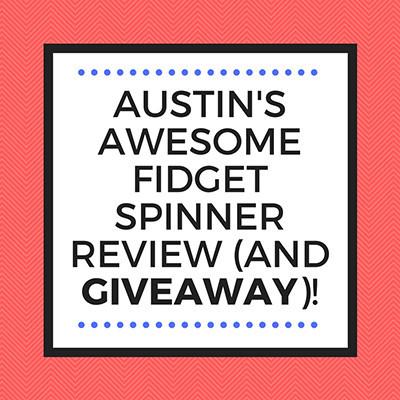 Our friend Austin (Austin Jose on YouTube) put together this awesome video featuring the FidgetDoctor™ Tri Spinner fidget spinner. About half way through the video he does a timed spin test and shows just how long our spinners spin right out-of-the-box! Austin is also giving away a fidget spinner, so be sure to watch the whole video and learn how YOU can enter to win. So without further ado, take it away, Austin!

See this right here? These are blowing up. And I mean that, they’re like hover boards blowing up. I’m sure you guys probably all remember when hover boards were the biggest thing. Everyone wanted one. And then like two months later, no one every talked about them again. This is the new hover board.

These things are so addictive and fun, it doesn’t even make sense. What’s so good about spinning this? You have to try one if you don’t believe me.

I got mine from this company called FidgetDoctor™. They were nice enough to send me some of these spinners. Retail value of $60, they’re on sale right now for $20 so if you want one go check it out. Link in the description or right here.

Yeah, these things are honestly so much fun. Unless you’ve been living under a rock, you’ve probably seen one of these or heard of one of these on YouTube or something.

FidgetDoctor™, thank you guys so much for sending me these. They’re so much fun and addictive. These things are originally made for school and work, for people that have a bunch of stress and they have to be doing something to focus. I don’t know about you guys but at my school everybody is making these from 3-D printers and stuff.

If you guys want one of these for yourselves, I’ll actually be having a giveaway at the end of this video, so stay tuned until the end if you want to see the information for that.

Basically all you have to do is subscribe to me, turn your notifications on, and share with three friends. And, yeah, then you’re entered in the giveaway.

So like I said earlier, these things go for like $40, like the good ones. Some of them are even like a thousand I’m pretty sure. I don’t know why but like these things are huge right now. They’ll probably fade away soon.

I’m going to be doing a time test. I’m going to go ahead and start it and then I’ll subtract one second from the start time.

So the old one came out with a time of one minute and six seconds. Now, going to go ahead and start the brand new fresh out of the box one and we’ll see the difference from the wear and tear.

It’s still flying, and it’s already at one minute. I bet this thing’s going to make it to about two minutes, probably. Maybe more.

So as you guys can see, there’s a big difference between the fresh out of the box spinner and the wear and tear spinner. So it’s about a minute and three seconds of spin time for it.

I just want to thank again FidgetDoctor™ for sending me these. It’s been a blast filming with them. So, yeah.

It’s time for the giveaway. I’m going to be giving away one of these fidget spinners right here.

All you have to do to win one of these bad boys is subscribe to my channel, turn on notifications if you haven’t already. It will be up around here if you’re on mobile devices or on computer. You just press that. Go to my most recent video.

The more you share the more entries you get.

That’s basically it for this video. If you enjoyed go hit that like button below. Enter the giveaway. Tell some friends and I know you guys want one of these. You know you could share with your friends and stuff.

So yeah. That’s basically it for this video. If you enjoyed leave a like below, subscribe for more videos, and I’ll see you guys in the next video.